Home > Meet the Board > Elaine Carbines 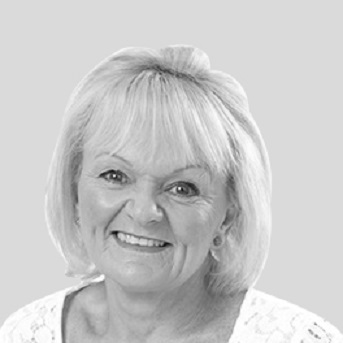 Elaine’s career has been diverse. She worked as a humanities teacher in Victorian State Schools during the 80s and 90s before entering State Parliament.

From 1999 – 2006 Elaine was elected as the Member for Geelong Province. During this time she held the positions of Parliamentary Secretary for Education and Environment.

Following her parliamentary career, Elaine worked as the Manager of Strategic Relations at Parks Victoria from 2007-2010.

During this time Elaine led many community engagement processes for Parks Victoria including the redevelopment of Portarlington and Queenscliff harbours, the Great Otway National Park masterplan and the Twelve Apostles visitor centre.

She currently holds the following positions:

In 2004 Elaine was awarded by the Victorian Coastal Council for her significant contribution to the development of Victoria’s system of marine national parks and sanctuaries.

In 2018 Elaine was inducted as a Fellow of the Institute of Public Administration for her contribution to the public sector in Victoria.

In 2020 Elaine was awarded as a Member of the Order of Australia for her significant contribution to the environment and conservation.

Getting Started with Getting Ahead We are pleased to be offering Getting Ahead in conjuction with the Cloverdale Community Centre. In Getting Ahead, participants investigate the impact low wages or dependence on Centrelink payments has on them and what it takes to move from just getting by to getting ahead….

to receive information on courses or current events.

We acknowledge the Traditional Owners of the land – the Wadawurrung people of the Kulin Nation.
We pay respect to elders both past and present.